Egyptian Spinach (also called Molokhia) originated in Egypt and is popular in the Middle East and North Africa. It
grows about 5 ft tall, 5 ft wide, and has narrow pointed leaves roughly 3 in long. It eventually flowers and gets
small narrow pods reminiscent of okra, to which it is related. Both leaves and young pods are edible and
somewhat mucilagenous. They can be used in a wide variety of cooked dishes as well as eaten raw in salads or
smoothies. Egyptian Spinach is highly nutritious.

Katuk (ka-TOOK) is a perennial shrub that can grow to 12' tall. Latin name: Sauropus androgynus. Katuk is
propagated from cuttings. Will grow in sun or shade; soil needs to be kept moist. The leaves drop off in winter. A
popular vegetable in Asia, the leaves have a pea-like flavor and are 49 protein. Leaves, small flowers and pea-
size fruits can be eaten raw in salads (in limited amounts) or steamed. Add to stir-fry, egg & rice dishes, soups or
casseroles.

Cranberry Hibiscus grows into a large bush and likes full sun to part shade. It has a citrus-like flavor and is a
colorful addition to any salad. It can also be added to stir-fry or boiled to make tea. Flower buds are also edible.
Nice ornamental plant as well.

Moringa is a fast-growing tree that           should be cut back severely so leaves are easy to pick. It likes full to part

sun. The highly nutritious leaves are high in iron, potassium, beta-carotene, Vit. C and protein. They are used in
Africa to treat malnutrition in infants and nursing mothers. Moringa leaves can be used raw or cooked like
spinach. The flavor has a hint of horseradish. The immature pods can be cooked like string beans.

Amaranth
Amaranth is grown as a vegetable and grain in the tropics and warm temperate zones. It is propagated by seed in
full or part sun. There are about 60 species. Colors are green, red, gold or purple. Height is about 4 or 5 ft.
Amaranth has good flavor and nutrients in both leaves and grain. Leaves can be eaten raw or cooked. When the
flowerheads begin to fade, cut them off and place on a cloth indoors. When dried out, shake out the grains, then
sift through a screen to remove dried flowers. Cook as a cereal. The grain is higher in protein than whole wheat,
esp. in the amino acid lysine. It also has no gluten.

Ceylon Spinach (Talinum triangulare) is also called Waterleaf, Philippine Spinach and other names. It is grown in
warm climates around the world. Ceylon Spinach propagates from seed, does well in mostly sun to mostly shade.
It is not too particular about soil, but needs to be watered during drought. It is high in protein and rich in Vitamins
A & C. Can be eaten raw in salad, in stir-fries or spinach calzone.

Okinawa Spinach (Gynura crepioides) is a 2'-3' high spreading perennial shrub. It grows in full sun to mostly
shade and is propagated from cuttings. It is sensitive to frost. Grown commercially in China, it has 2"-4" long,
narrow, pointed leaves, green on top and purple underneath. The flowers are very small and orange. (Seeds do
not bear true - leaves entirely green and less healthy to eat). Flavor is mild. Leaves are great in salad or cooked
in any dish as a spinach substitute.

Malabar Spinach does best in shade to part sun. It is a vine that should be kept fairly short so leaves will fill out
more. It is related to cactus and purslane. Flavor is similar to spinach but without so much oxalic acid. Leaves are
thick and slightly mucilaginous. They can be added to salads or cooked like regular spinach.

New Zealand Spinach (tetragonia tetragonoides) is a low, spreading plant that prefers a warm, moist environment
in mostly sun to mostly shade. It has small yellow flowers. The seeds are like small pods covered with horns.
They will germinate better if soaked overnight before planting, and it can still take 10-20 days for germination.
New Zealand spinach can be eaten raw, but has oxalates like regular spinach. To remove oxalates, blanch in hot
water for one minute, then rinse in cold water before cooking. New Zealand spinach is very high in vitamins A &
C. It also has 8 vitamins, an array of minerals, and is 26 protein.

Okra (Abelmoschus Esulentus) is a member of the hibiscus family. It thrives in hot weather, in full sun. Propagate
by seed in well-drained soil. Thin plants to 1 '-2' apart in rows 3'-4' apart. Okra plants have beautiful white flowers.
Pick the pods while still tender (1"-3" long). Because it is highly mucilagenous, okra is usually fried or pickled or
combined with other vegetables, esp. tomatoes, as in gumbo. It can also be eaten raw. The leaves and flowers
are also edible.

Sweet Potato is a tuber with fast-growing vines related to morning glories. It will quickly cover a large area in sun
or shade. It is propagated from the tubers or vine cuttings. Sweet potatoes can be used raw but are usually
cooked. Though sweet, their glycemic index is actually lower than white potatoes. They are high in Vit. C, calcium,
folate and potassium, and extremely high in Vit. A For maximum nutrition leave the skins on. Leaves can be
eaten in stir-fries or salads. They are very high in Vit. K.

Purslane (Portulaca oleracea) is a low-growing suculent. It self-propagates from its tiny black seeds in sun or part
sun. It originated in India and now grows wild (sometimes cultivated) around the world. Purslane is especially
used in Greek and Asian cuisine. Leaves, stems, flowers and seeds are all edible. Add to salads, stir-fries, stews,
etc. It has a slightly sour and salty taste. Purslane is high in Vit A & C, magnesium, potassium, manganese and
iron. It also has more Omega-3 fatty acid than other vegetable greens.


Spanish Needle (Bidens alba) is a very common wild edible, with related species further north and in other parts
of the world. It grows best wherever soil has been disturbed, in sun or shade. It spreads by means of two hooks
on the end of each seed, which attach to fur and clothing. Spanish Needle attracts an abundance of pollinators. It
has been used as a tobacco substitute, and in remedies for various infectious illnesses. Flowers and young
leaves can be used in salads. Mature leaves can be boiled or steamed. Flowers can also be used for wine and
tea.

Wild Amaranth is both an invasive weed and a valuable vegetable around the world. Often called pigweed, there
are many species, at least one of which grows thorns. It is a good companion plant with some pests being
attracted to it instead of other vegetables. Though smaller than cultivated varieties, wild amaranth can be used in
the same way. All parts are edible. Seeds are gluten-free and high in protein. They also have iron, magnesium,
phosphorus, copper and manganese. Leaves and stems contain these minerals plus Vit. A & C and folate. Use
them in soups, stews and stir-fries. Some people cook the roots with tomatoes.

Self-propagates by seed and can show up anywhere, including lawns, but especially in gardens where the soil is
prepared.


Chaya (Cnidoscolus aconitifolius) is also called Tree Spinach. It is a large leafy perennial shrub native to the
Yucatan peninsula and popular from Mexico to Peru. Leaves are large and shaped like maple leaves. Stems
exude a milky sap when cut. Chaya can grow about 15' tall, but is best pruned to 5' to 6' for easy harvesting. It
does well in sandy soil in part to full sun. Chaya is fairly drought tolerant and pest resistant. Propagation is by
woody stems 6"-12" long. Once it is established it grows fast and can be harvested continually, year round - up to
50 of the leaves without harming the plant.

Warning: Do not eat the leaves raw - they contain cyanide! After cooking for 5 minutes the leaves as well as any
cook water are safe to use. Leaves can be served with butter or oil, or added to soups, stir-fries, casseroles,
omelets and even teas. Chaya has far more nutrition than spinach, being very high in protein, Vit. A, iron and
especially calcium.

Edible Hibiscus (Abelmoschus manihot), a relative of okra, is grown for it's leaves and large beautiful flowers.
Even the roots can be used. It is grown in tropical and subtropical areas as a perennial, and in temperate areas
as an annual. Edible hibiscus loves sun, warm weather and rich, moist, well-drained soil. It can also be grown in a
pot. It quickly reaches 6' or more in height. Propagation is from cuttings or seeds. It is best to start them in Spring.
Flowers come in the warmer months and attract pollinators. The petals can be added to salads or cooked. The large leaves are tender, sweet, and are very nutritious with lots of protein. They can be eaten raw or steamed,
added to soups, etc.

​ (Gynura nepalensis) is also called Moluccan spinach. There are other varieties of Gynura. This one
is native to Nepal and related to Okinawa spinach. The leaves are entirely green and slightly rough. Propagate by
cuttings (or seed if you can find it). Does well in good soil, in mostly sun to mostly shade. Grows year round,
especially well in summer. Indonesians call Dawn Dewa "leaves of the gods". It has been used traditionally in Asia
for many illnesses, particularly diabetes and high cholesterol. The leaves can be eaten by themselves or in
salads. Some like it cooked with butter, in stir-fries or in casseroles. Type your paragraph here. 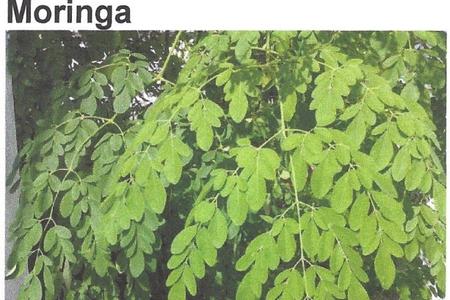 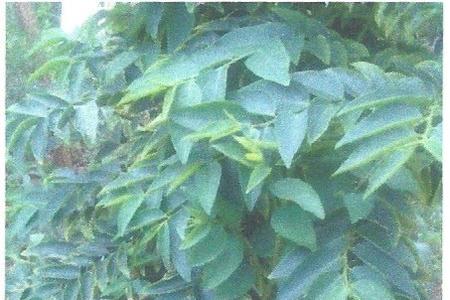 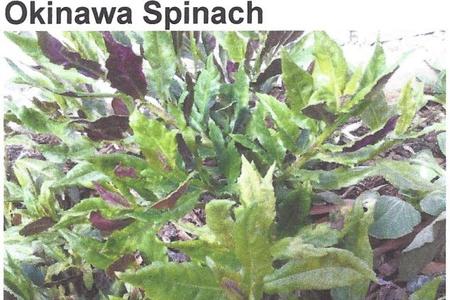 "Grow , Cook and Eat Your Own Organic  Food" 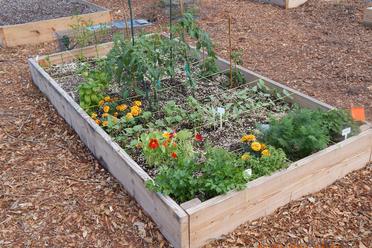 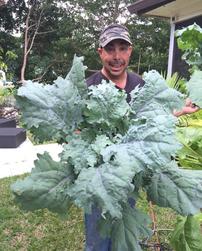 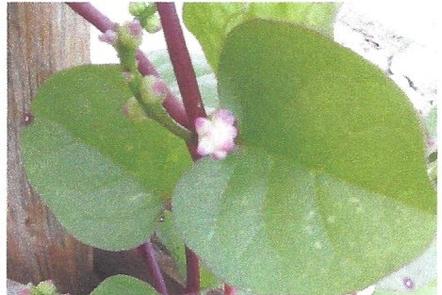 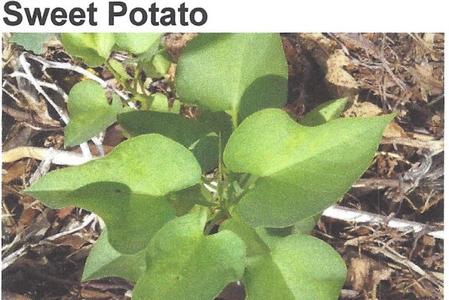 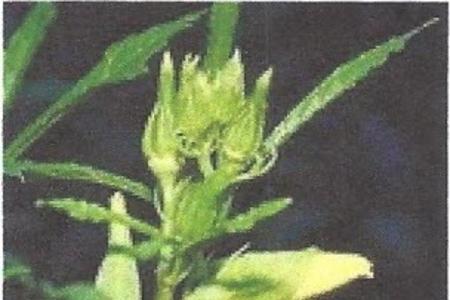 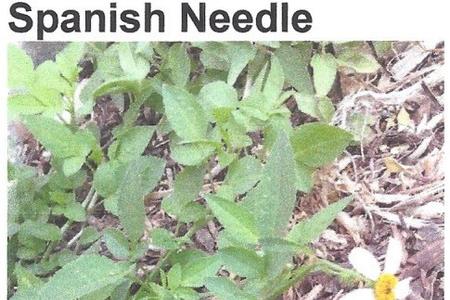 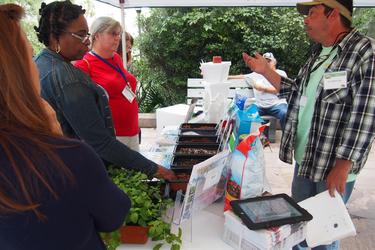 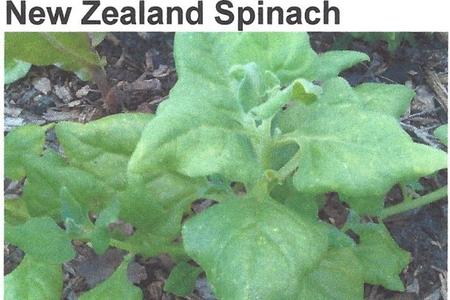 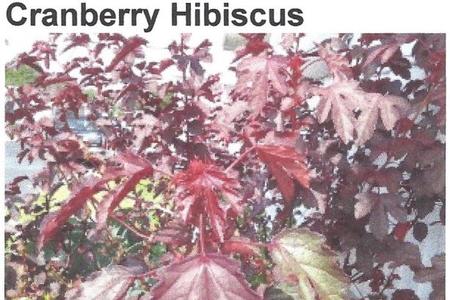 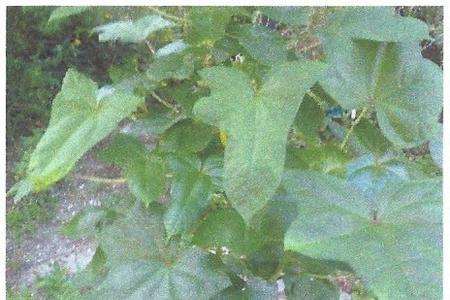 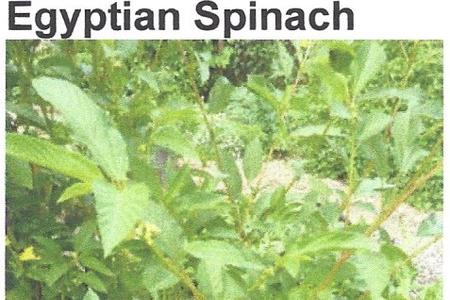 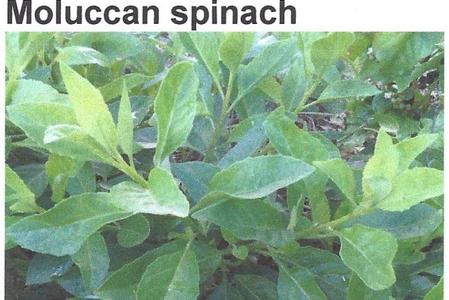 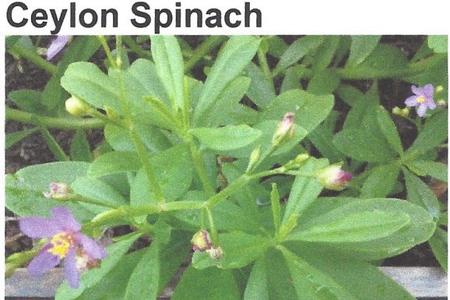 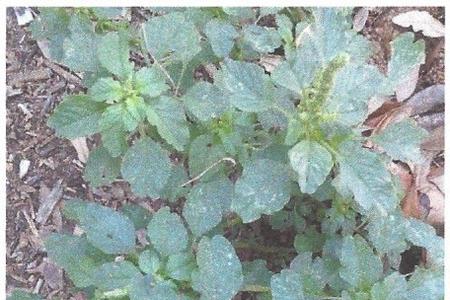 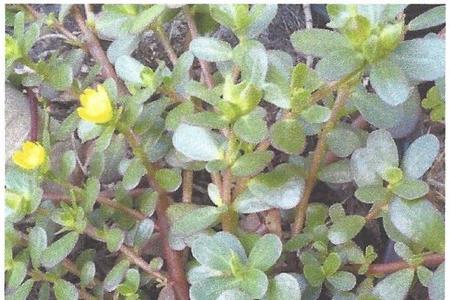 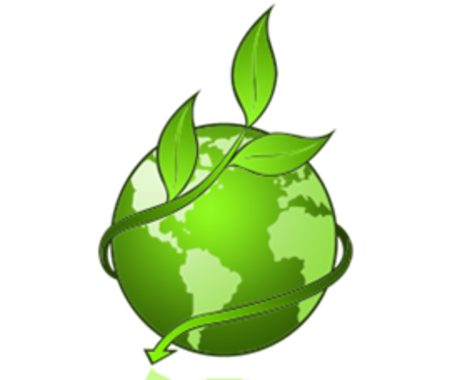 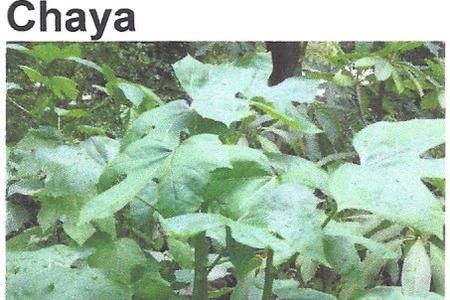 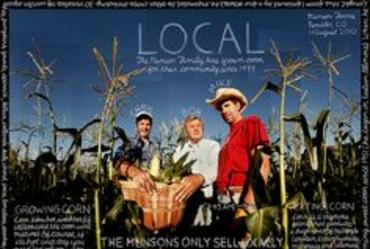